Restoration work on the Villa Ariadne building and garden 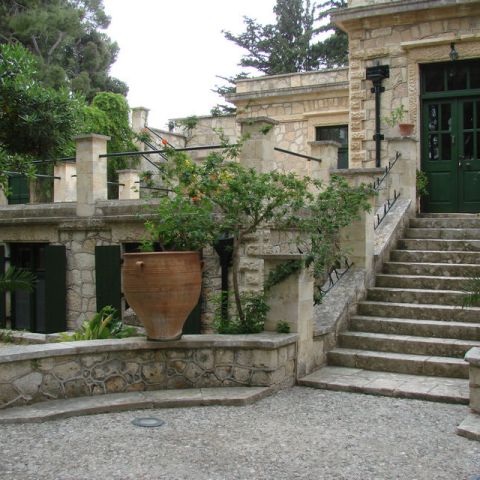 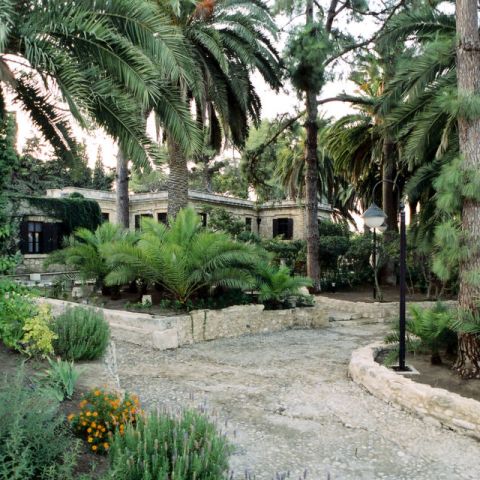 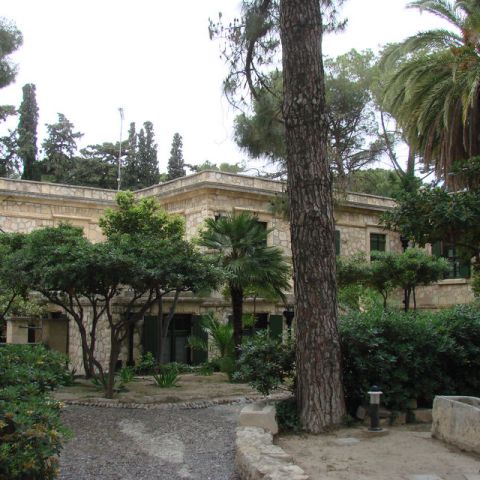 The Villa Ariadne was built in 1906 according to Arthur Evans’s wishes and suggestions, and served as the residence and place of work of the excavator and his colleagues. Both the building, which was listed in 1968, and the garden form a rich source of information on the early modern history of Crete and Greece.

The architectural study was the work of Christian Doll and included features of British and Greek architecture. Apart from the Villa, particular attention was also paid to the layout of the surrounding area and the garden, an example of Victorian landscaping.

The layout of the Villa is typical of its English owner’s way of life. On the slightly raised ground floor were the library and dining-room, while the semi-underground basement below housed Evans’s private quarters, consisting of the bedrooms and the bathroom with its famous bathtub and copper heater. The thickness of the walls and the construction of the basement ensured the stability of the building on the one hand and kept it cool during the summer months on the other. Doll chose to roof the Villa using the system of lightly-arched roofs. The architect was responsible for providing the materials. Many of these came to Crete from abroad: wood from Bulgaria, cement from the Portland Gesellschaft Lengenfeld of Trieste, door and window frames (with all their accessories), bathtubs, doors and ironwork from England (as we see from the Plymouth stamp on the girders).

The Villa was ready by the late autumn of 1906, while trees for the garden were ordered from Athens in early April 1907. There is no information on whether Evans laid out the roughly 4,000-square-metre garden around the Villa himself, nor do we know much about the original planting, except for the large trees such as the cypresses at the NW end of the garden, the magnificent palm trees at the front of the Villa, and the pine trees, all dating from the first decade of the 20th century.

The garden has always been Mediterranean in character, with shady pebble paths instead of wide English lawns. The relaxation area where one could enjoy the cool, jasmine-scented evening breeze after a hot day, was probably on one of the two verandas rather than in the garden itself. The large beds in front of the main entrance are planted with three large, rare Canary Island pines (Pinus canariensis) and several palm trees of two different species: the Canary Island date palm (Phoenix canariensis) and the California fan palm (Washingtonia filifera). These were planted opposite the main entrance, in a large oval bed surrounded by a low Pittosporum tobira hedge. The statue of the Emperor Hadrian found nearby was also placed there.

In the context of the conservation and restoration work on the Palace of Knossos and the improvement of the surrounding area, the restoration of the Villa and garden was financed by the Regional Operational Programmes of Crete (2nd CSF). The work was completed in 2002. The masonry was partially restored, the door and window frames restored or replaced, the roof was insulated and damp-proofed, and new electrical installations, heating and drainage systems were placed.

In the context of the NSRF project, new interventions were considered essential due to problems arising from the construction of the Villa (drainpipes set into the masonry and iron girders supporting the roof), founded on land with subsidence issues.

After rainwater entered the Villa walls, test sections were made in the roof guttering and the waterproof membrane was found to have worn through. The old damp-proofing in its entirety was replaced in all three rooms of the house, measuring a total of 300 sq.m., with the removal of the existing insulating materials of the roof, the application of a layer of drain sheets, waterproof membrane and expanding polystyrene sheets for thermal insulation, and finally covering the whole with a layer of poros-stone slabs. The guttering was also improved, with spiral-type pipes and a grating at the new rainwater drainage level. 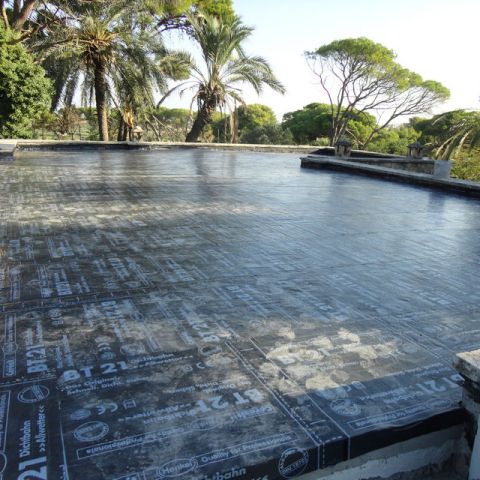 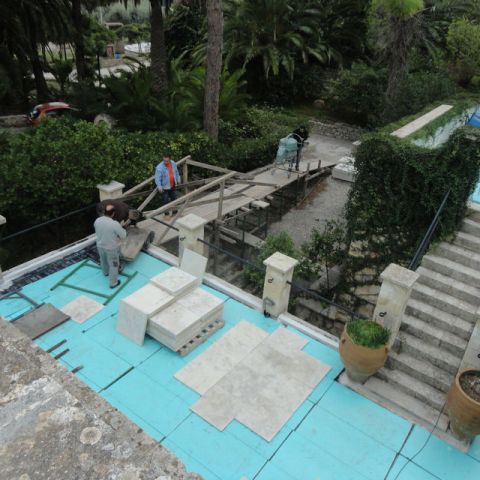 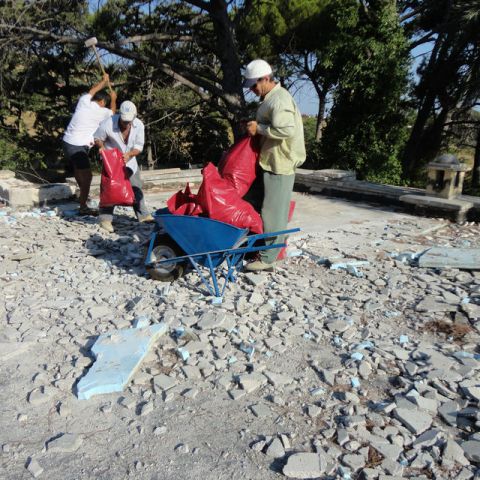 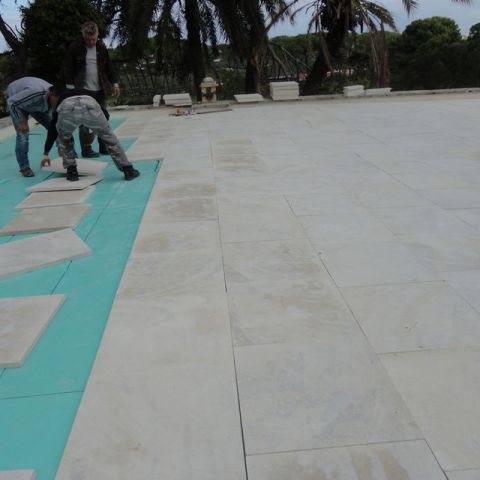 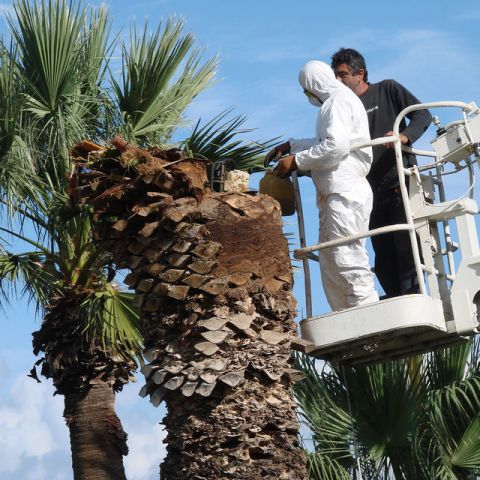 The garden of the Villa Ariadne is an example of Victorian landscaping. However, five of the century-old palm trees in the garden were infested with red palm weevils. The affected trees were pruned, the cuts covered with netting, and they were sprayed with appropriate pesticides. They have been treated at regular intervals ever since, with satisfactory results. Tree surgery on selected trees resulted in their regeneration.

At the suggestion of the Knossos Scientific Committee, the historical garden of the Villa Ariadne was declared a Listed Natural Monument in 2012.