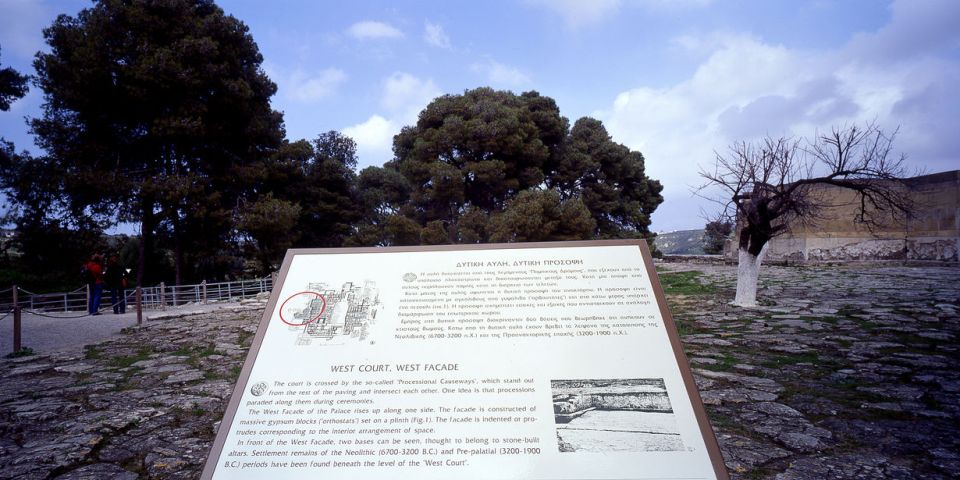 In order to realise all the work, the scientific staff drew up architectural, stability, archaeological and conservation studies. Special external researchers were also allocated studies and research, such as the execution of a geophysical-geological study in the area of the “South House” at the Geophysics and Seismology Laboratory of the Department of Natural Resources and the Environment, Technological Educational Institute of Crete (2006, Prof. F.Vallianatos, P.Soupios, with the participation of the student Ant.Minos), or the identification of biological colonisation (by photosynthetic and other organisms) on stones of the Knossos archaeological site by MSc biologist E. Tarnara.

Every conservation-restoration intervention completed as part of the projects was documented by drawings and photographs, while everything that came to light during the excavation work (ground plans, sections, stratigraphy) was recorded in detail. This led to the creation of a complete photographic and drawing archive of both the work itself and the Palace and archaeological site of Knossos.

In order to meet the needs of electronic documentation of all the conservation and promotion work on the Palace and the wider archaeological site of Knossos, database software was installed as part of the 3rd CSF project. The aim was to ensure the direct and dynamic exploitation of the mass of information constantly being collected during the documentation of the work carried out, and also of the wealth of archive material on the earlier reconstruction work on the Palace.

For visitor information, 31 bilingual signs were produced in the context of the 3rd CSF and placed at selected stopping-points around the monument, providing visitors with information and proposed alternative routes through the Palace. 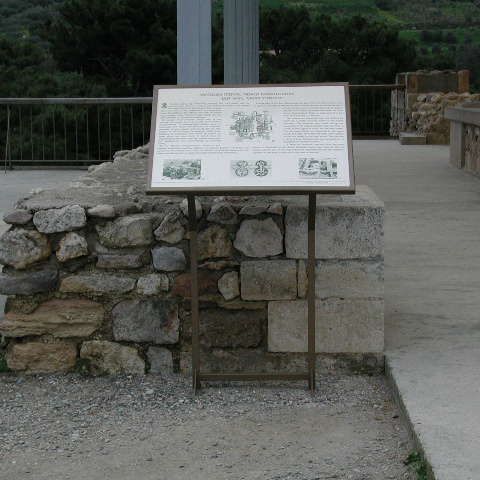 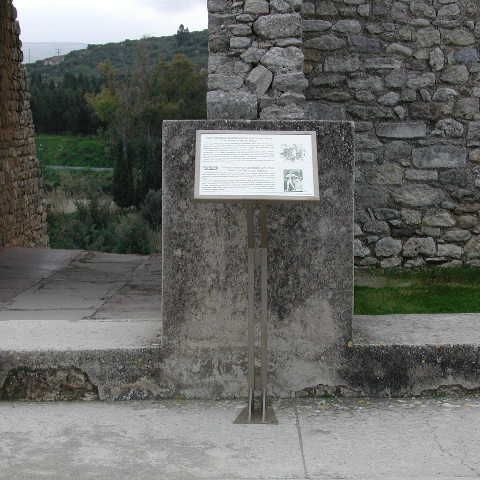 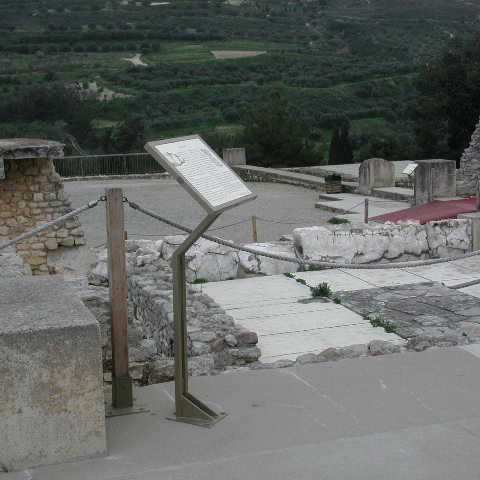 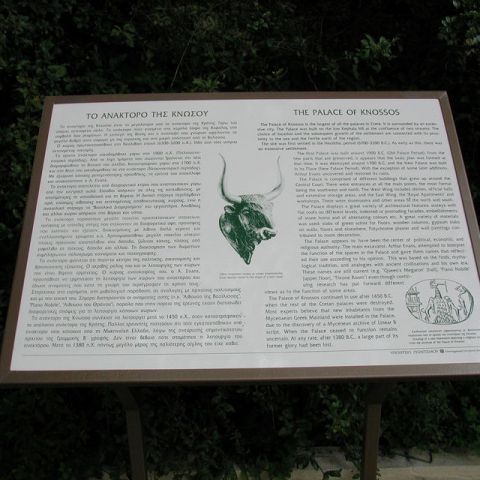 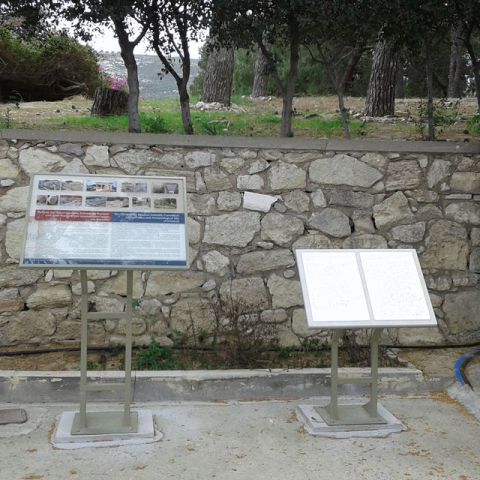 A further five bilingual information signs were placed at selected stopping-points along the new visitors’ route from the “South House” to the “Caravanserai”.

Each of the latter has a QR code that can be scanned by smartphones and tablets, allowing visitors to navigate further information, photographs, videos, etc.

Two information signs in Braille, Greek and English were also produced. The first, on the Palace and the restoration-consolidation work, was placed in the reception areas of the archaeological site, while the second was placed on the specially configured route allowing disabled people to access important monuments of the site, such as the “Stepped Portico”. 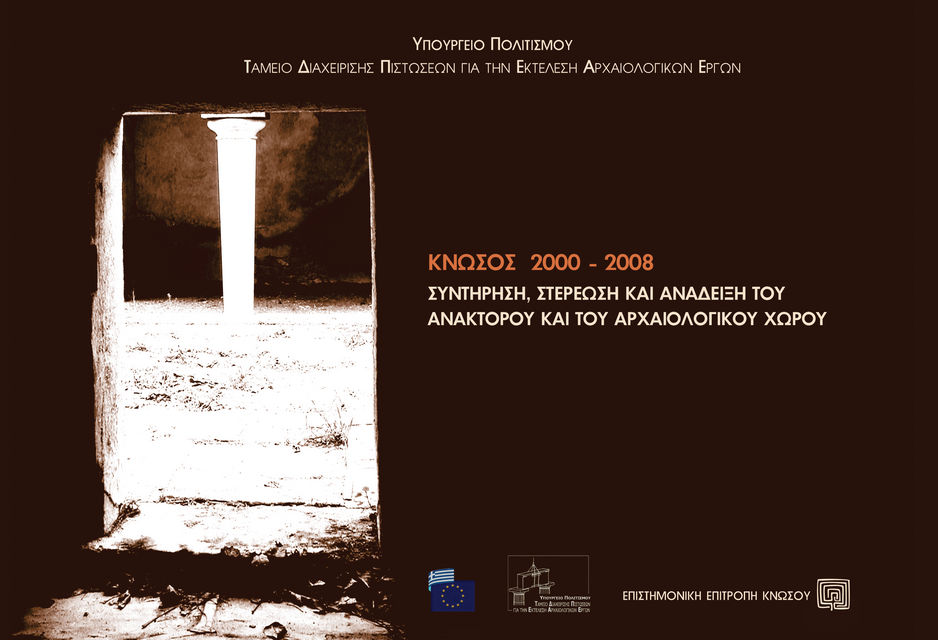 For the promotion of the work as a whole to both the scientific community and the wider public, a book accompanied by a CD-ROM was published in 2008, entitled “Knossos 2000-2008. Conservation, Consolidation and Promotion of the Palace and Archaeological Site”.

Finally, in 2015 an information leaflet was published in Braille, Greek and English, with information on the Palace and the conservation and restoration work.