Conservation and restoration of the “Caravanserai” The “Caravanserai” was built in the MM III / LM IA period and is one of the outlying monuments of the Palace. It is a building complex with residential areas and bathing installations, which was in use at least until the Subminoan period.

The area reconstructed by Arthur Evans’s colleague, architect Piet de Jong, was the main room of the complex, accessed up four steps. It contained the famous “Partridge Frieze”, a copy of which has been placed in situ. The adjoining room was probably a bathhouse. 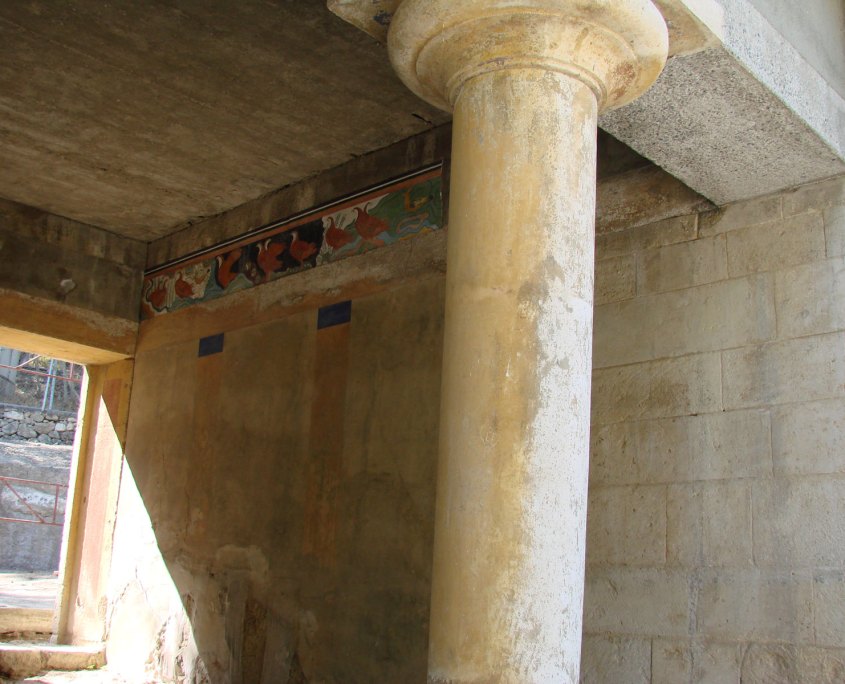 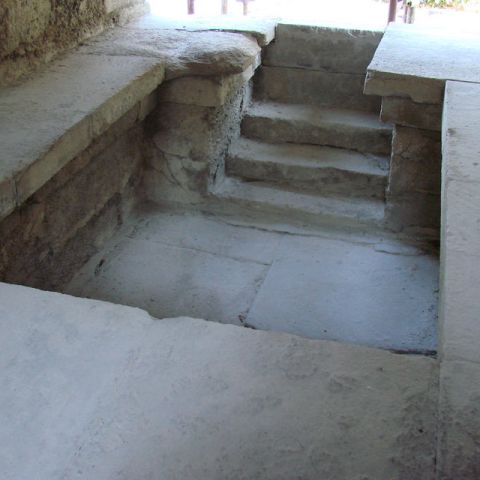 Further east were auxiliary rooms, some of them storerooms, as the discovery of pithoi and fruit in some of them indicates. West of the complex was the “Spring Chamber”, also reconstructed, with a bench for offerings and a niche for a lamp. The walls are built of large limestone ashlars and faced on the inside with gypsum slabs.

For the promotion of the “Caravanserai” in the context of the 3rd CSF, it was considered essential to carry out conservation, consolidation and static reinforcement work on the reconstructed rooms.

The causes of damage and static instability of the monument were complex and interconnected (deficient foundation materials and ground, rusting of the iron armature added by Evans, load exceeding the tolerance of the materials). The obvious crack in the east wall of the reconstructed room, which was repaired, is a telling example. 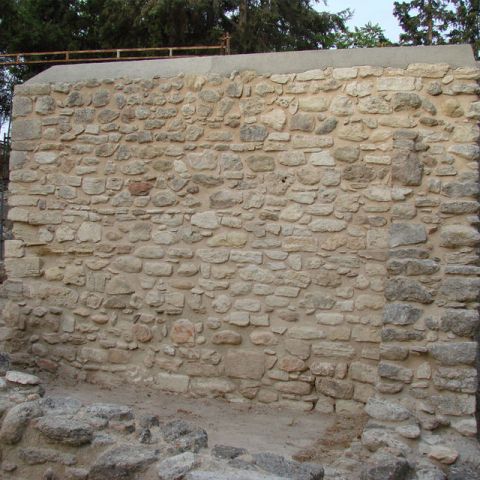 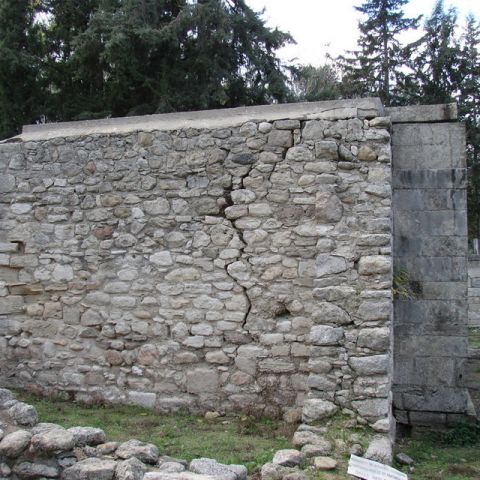 The beams of the north and south side of the same room, damaged by advanced rusting of the armature, were restored. 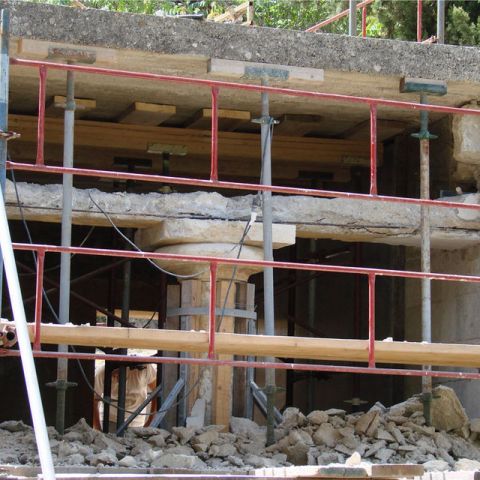 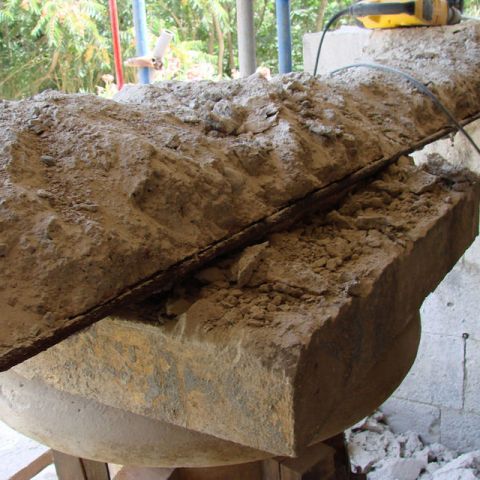 The masonry and stones of the complex were also conserved in the context of the 3rd CSF and the “Competitiveness and Entrepreneurship” Operational Programme of the National Strategic Reference Framework. In the east reconstructed room of the “Caravanserai”, the Minoan lime plaster was consolidated and the copies of the “Pillar Fresco” and the “Partridge Frieze” were retouched. 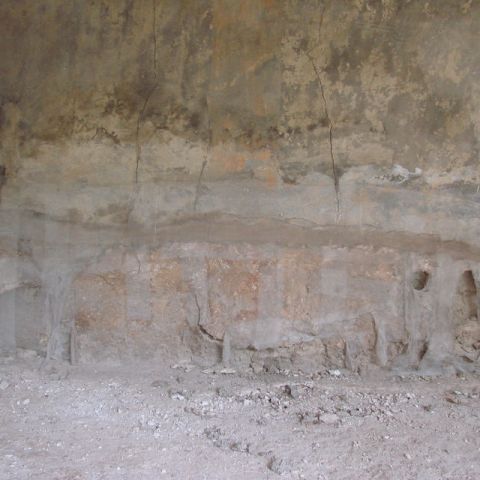 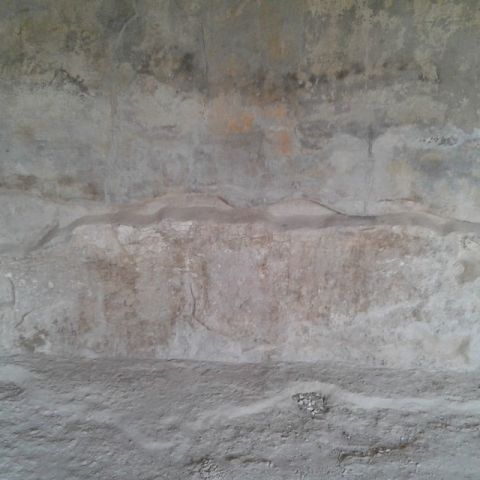 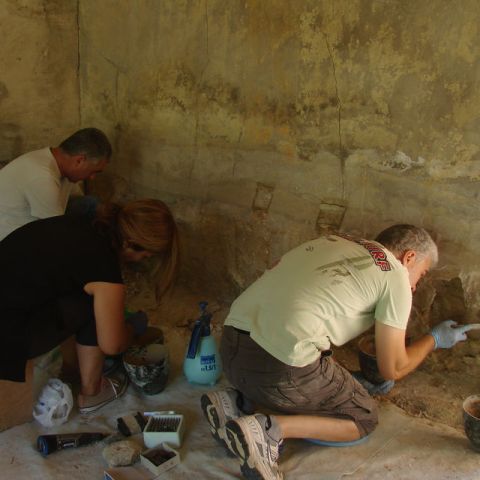 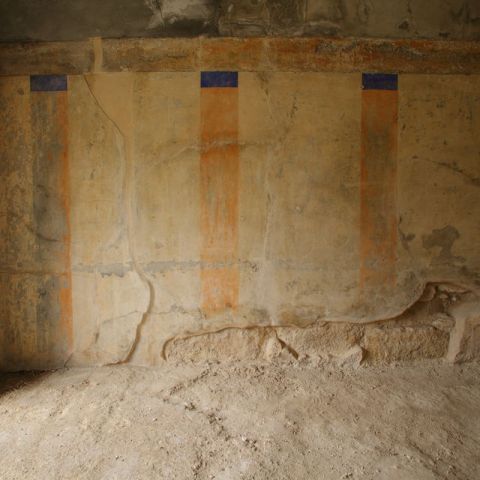 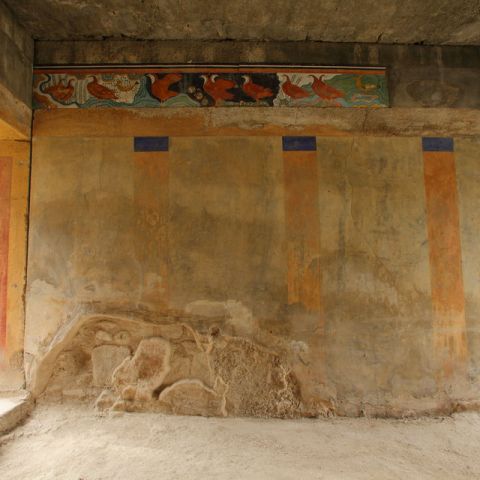 Consolidation and restoration work was also carried out on the “Spring Chamber”, which was statically unsound due to exposure to rainwater and plant roots. More specifically, the tops of the walls were damp-proofed, the concrete slab was replaced and a drainage system was installed. The work on the building was completed with the conservation of the gypsum revetment of the walls. 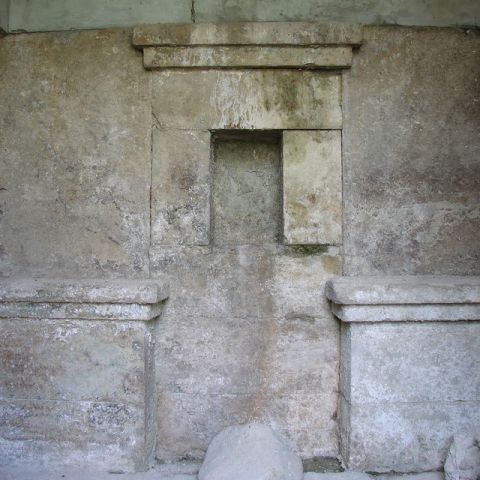 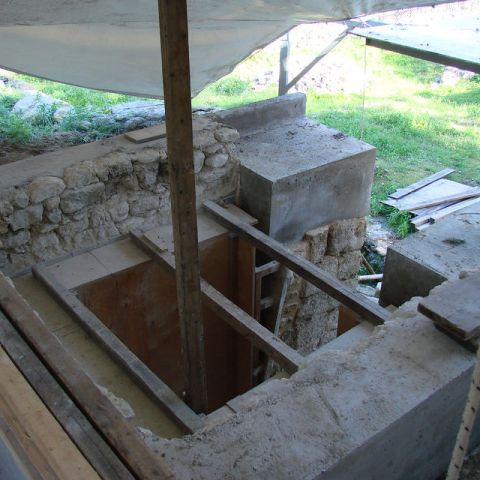 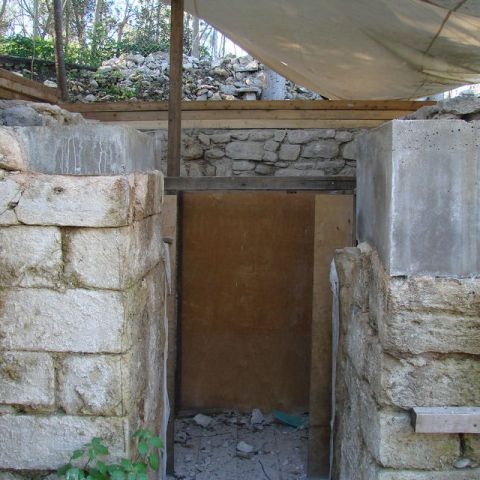 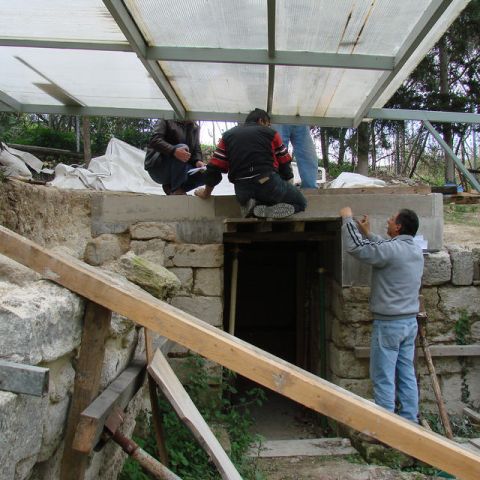