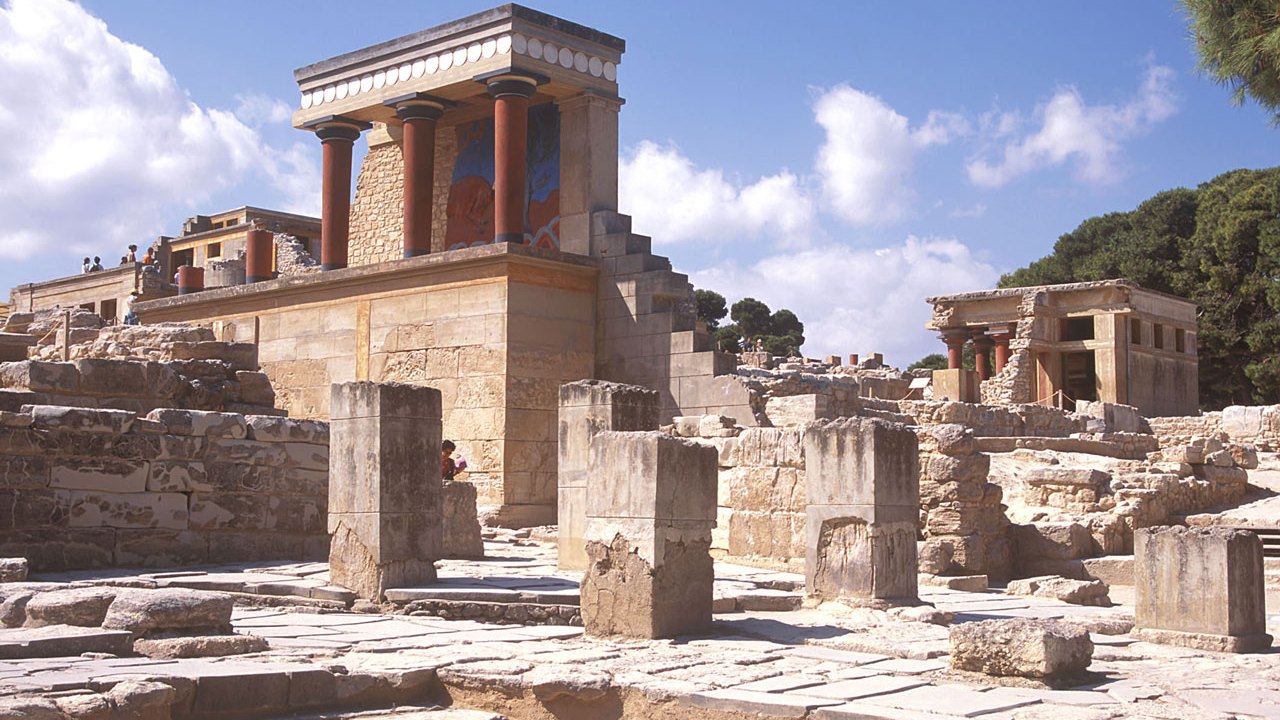 An open-air passage linked the Central Court of the Palace of Knossos with the North Entrance. It had a paved floor and was sharply inclined to the north. The passage is narrow. On either side were two raised colonnades known as “Bastions”.

The passage ends in a large hall with ten square pillars and two columns, which probably supported another large hall on the upper floor.

Arthur Evans suggested that, due to its position to seaward, it was here that maritime trading goods would have been checked when reaching the Palace. The building was therefore named the “Customs House”. 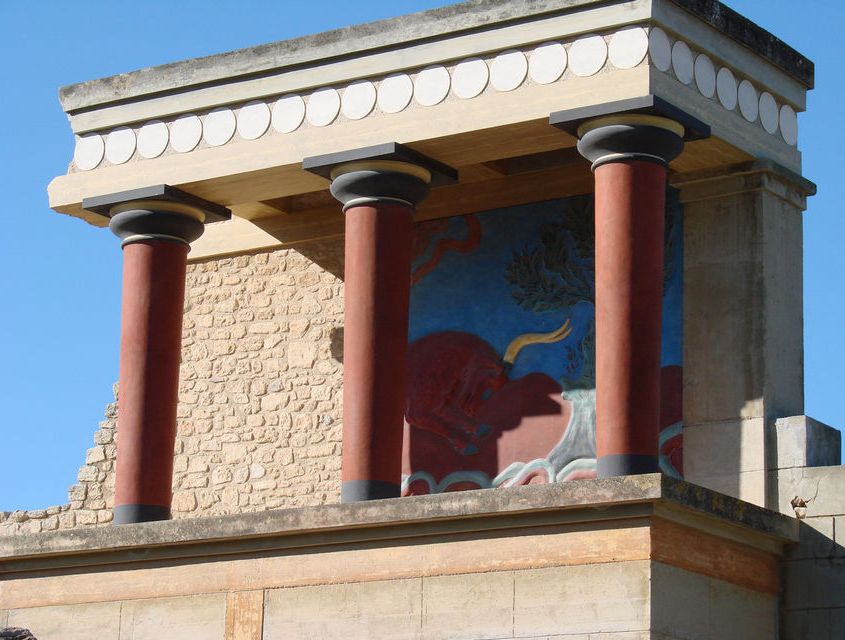 Evans reconstructed the “West Bastion”, where he placed a copy of a restored relief bull fresco. The original fresco may have formed part of a hunting scene.

In the context of the 3rd CSF, the copy of the relief frescoes and the paintwork of Evans’s reconstruction, especially on the columns and imitation timbers, were restored. 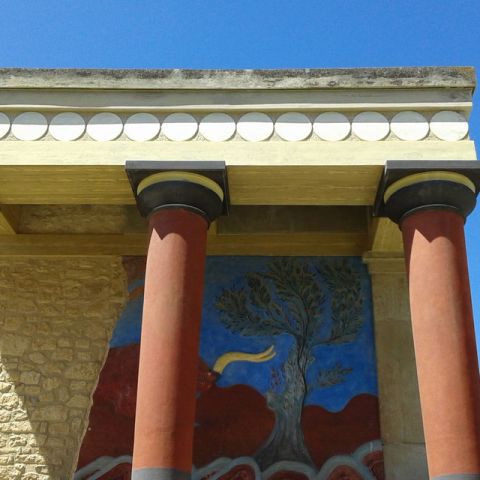 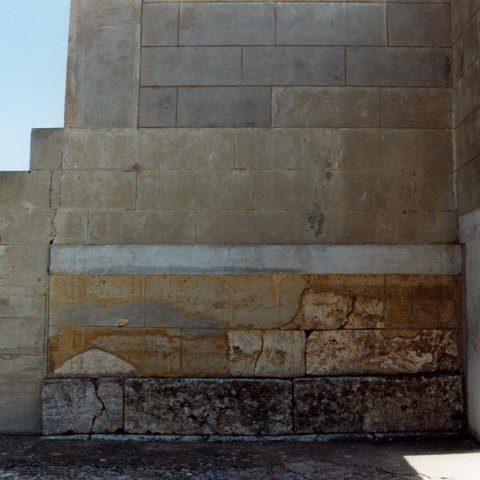 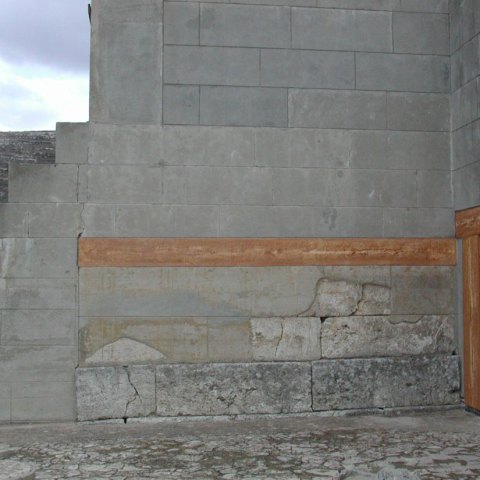