Restoration – promotion of the “Stepped Portico” 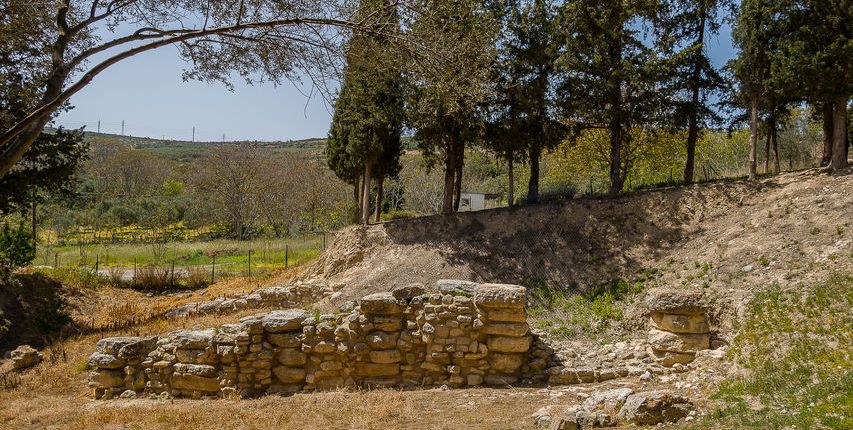 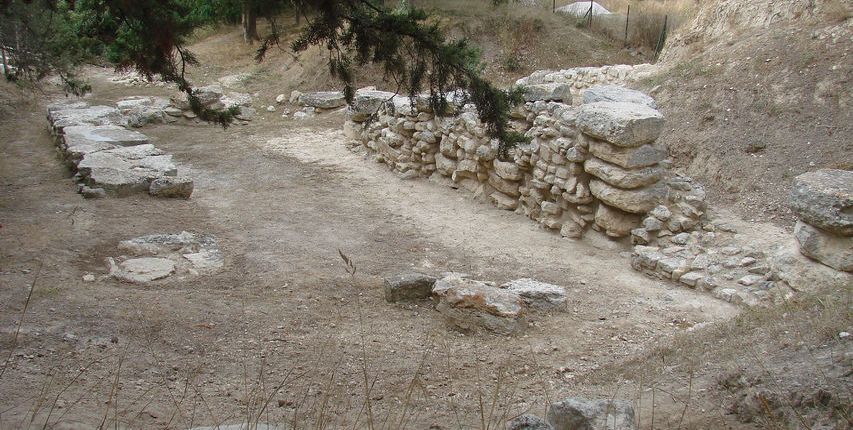 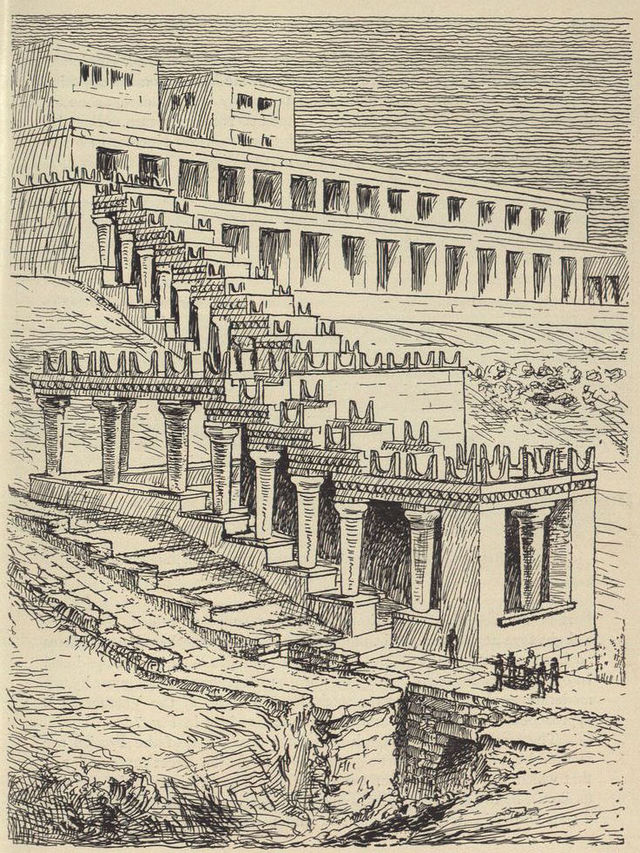 The “Minoan Viaduct” would have continued to the north with a slight westwards curve to cross the Vlychia stream. From its end – Evans discovered traces of the foundations in the old stream bed – ran a three-branched road system leading either to the Palace – to the “Southwest Entrance” via the east road and the “Stepped Portico”, and to the SE part of the “West Court” via the central road – or to the harbour of Knossos at what is now Poros-Katsambas, via the west road.

The massive foundations found on the hillside south of the Palace belong to the southern part of the “Stepped Portico”, a stately structure with steps and a colonnade, that led to the “Southwest Entrance” of the Palace of Knossos. 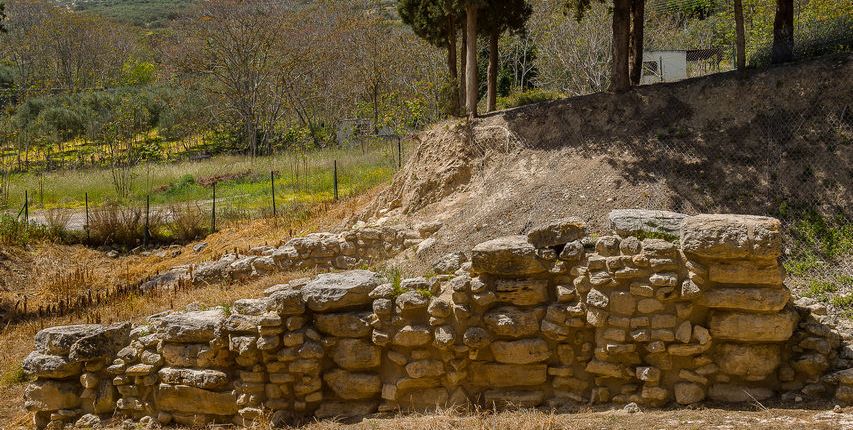 From here, the “Stepped Portico” appears to have continued with an eastwards turn, although a few ruins have been identified further north, at the foot of the hill. Parts of its paved steps, bordered on the east by a stone built drain, were revealed on the slope, just west of the “South House”.

The EM III or MM IA pottery found in layers under the southernmost part of the “Stepped Portico”, and the early mason’s marks seen on some of its ashlars, led the excavator to give the structure an early date, at the start of the 20th century BC. The “Stepped Portico” was destroyed by an earthquake in the MM IIIB period and never rebuilt. The “South House” was founded on its ruins shortly afterwards. 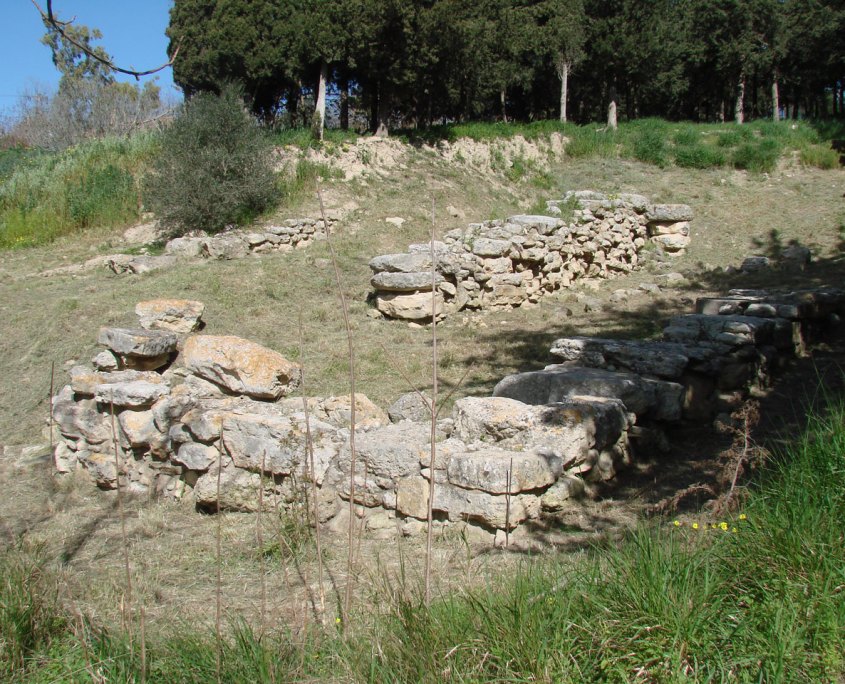 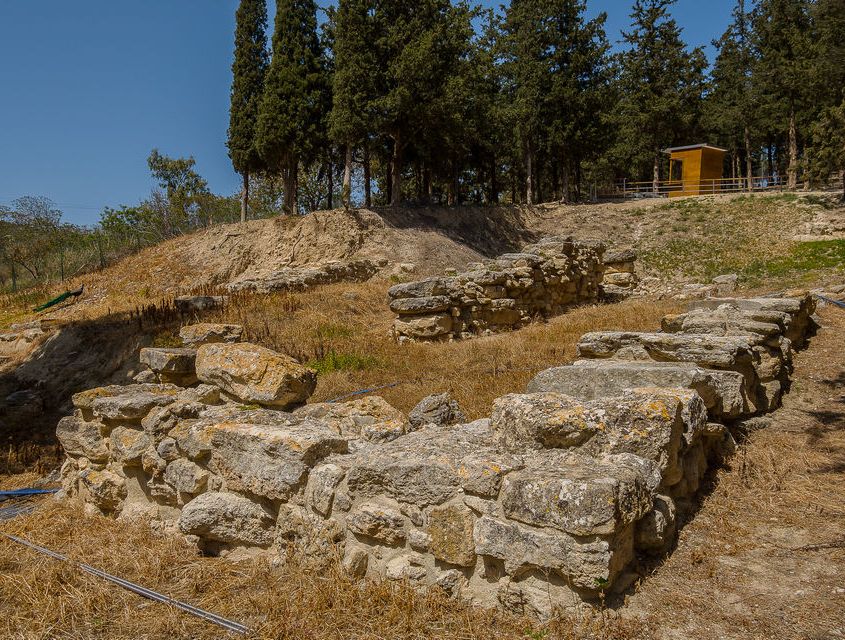 In the context of the “Competitiveness and Entrepreneurship” Operational Programme, conservation and restoration work was carried out on the masonry (removal of the cement plaster of previous interventions, repointing with new mortar compatible with the ancient materials, cleaning and restoration of the stones, mortar injections and sealing of cracks), and the layout of the wider area was improved.