The long “Corridor of the Procession” originally ran, according to Evans, from the “West Porch”, a covered area opening onto the West Court of the Palace of Knossos, to the “South Propylaeum”, one of the most imposing official entrances to the Palace, and thence to the Central Court. The corridor was named after the fresco decorating its east wall, depicting a procession of gift-bearers and musicians.

The “South” or “Great Propylaeum” as we see it today is the result of the restoration by Evans, who placed the famous “Cup-Bearer Fresco” here. It depicts a man carrying a vessel for liquid offerings (a rhyton) and is thematically associated with the “Procession Fresco”. 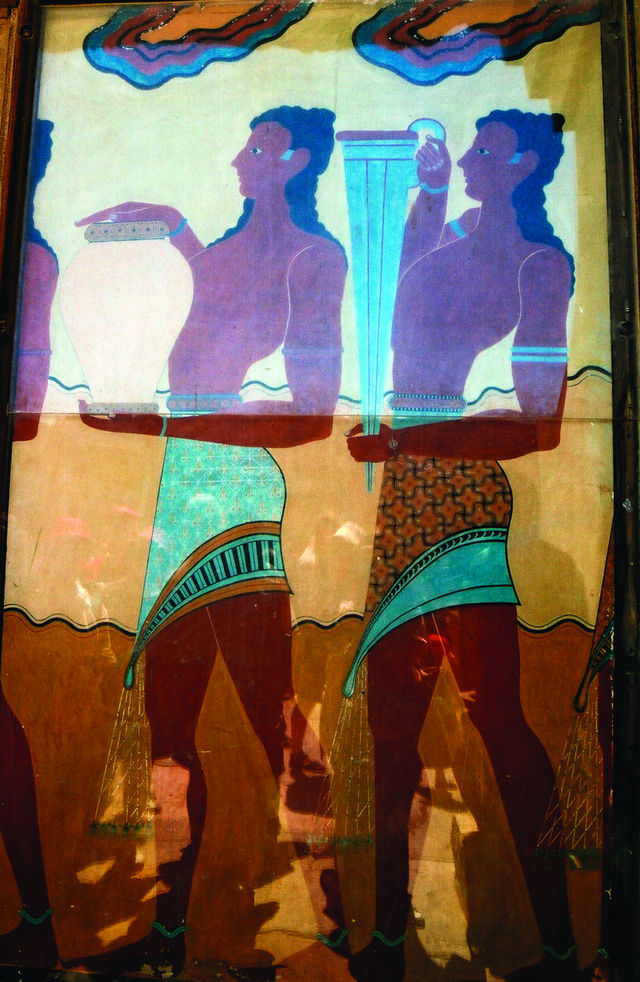 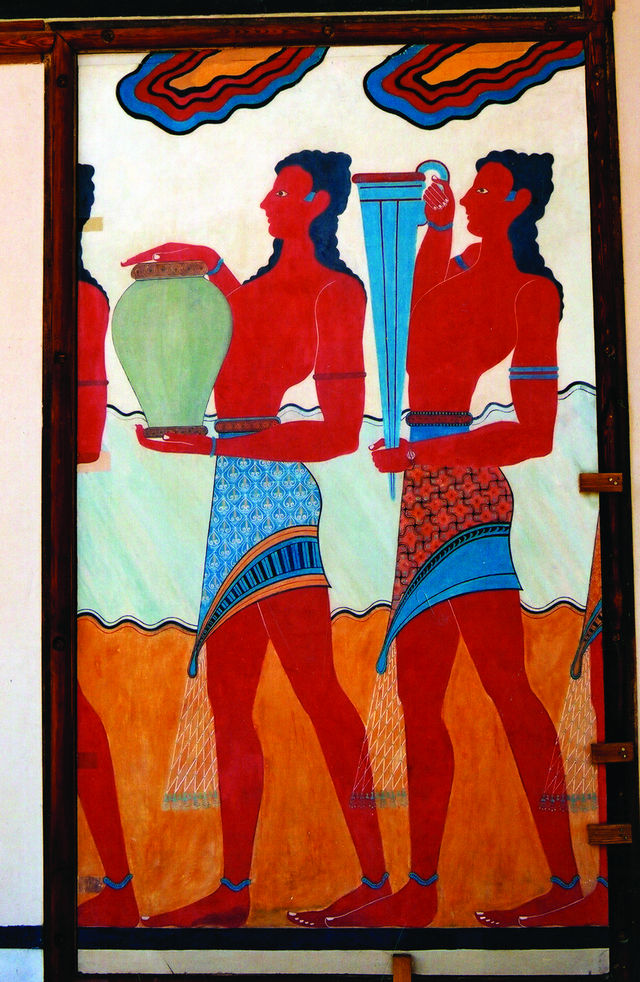 In the context of the 3rd CSF, the copy of the “Cup-Bearer Fresco” was conserved, together with the paint of Evans’s restoration and the masonry itself. 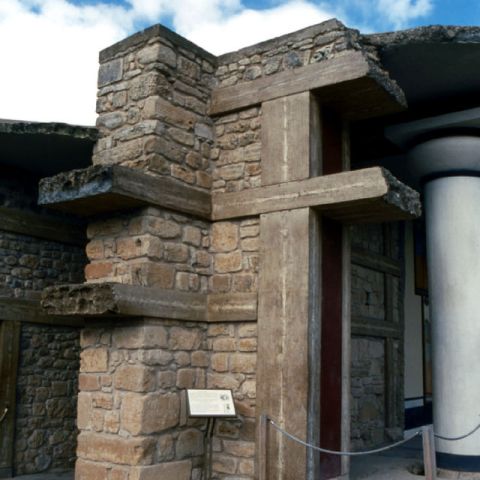 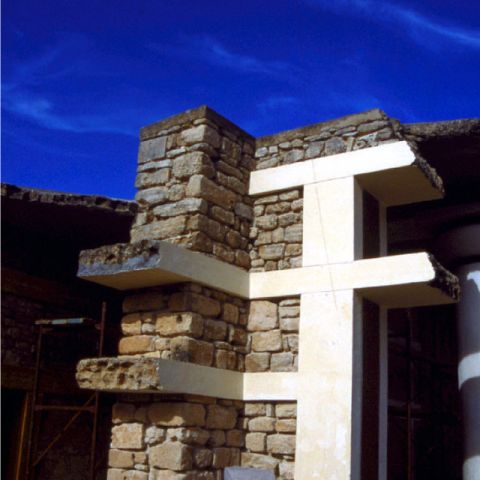