The “Little Palace” is approximately 230m. NW of the Palace of Knossos, to which it appears to have been connected by the “Royal Road”. The exceptionally constructed building complex, with a total area of about 1500sq.m., is the second-largest complex of Knossos. Built on three different levels, the lowest of which is 3m. below the floor level of the main structure, it is laid out in three main sectors and presents characteristic architectural features of the Minoan palaces (pillar crypts, polythyra, staircases and a lustral basin). It was built during the MM IIIB-LM IA period and destroyed by fire in LM II. Parts of the complex were reoccupied in the Postpalatial period, when the “Lustral Basin” was turned into the “Fetish Shrine”.

In the west sector of the “Little Palace” complex, a peripheral monument of the Palace of Knossos, is the “Lustral Basin”, in which the Minoan clay plaster preserves the marks of the fluted wooden columns, of unique archaeological and architectural value.

When the “Lustral Basin” was discovered, Arthur Evans’s own main preoccupation was to protect these imprints; in 1910 a wooden tiled roof with three skylights was constructed. In 1956, Ephor N. Platon replaced this structure with a roof of wood and metal, covered with corrugated asbestos-cement sheets.

Due to poor state of this roof and its inclination, which let rainwater in, it was considered necessary to replace it. 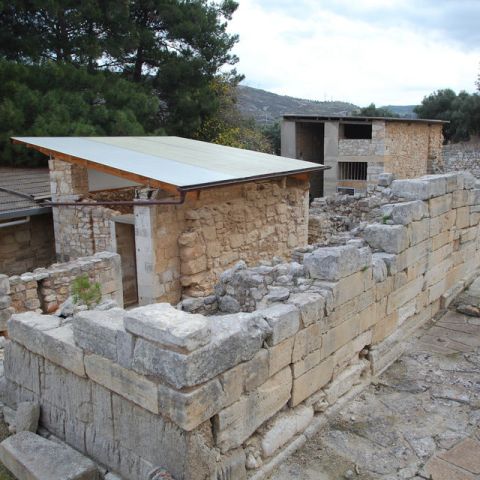 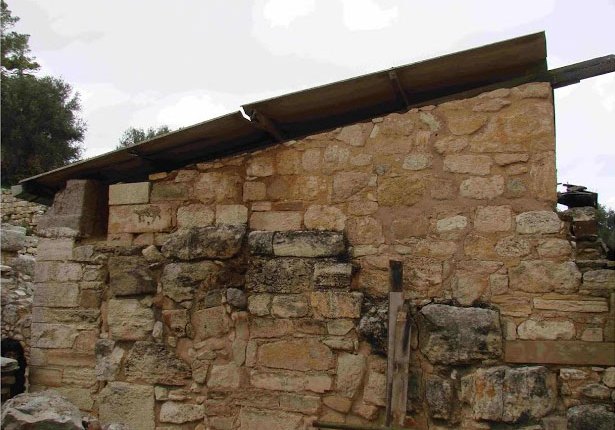 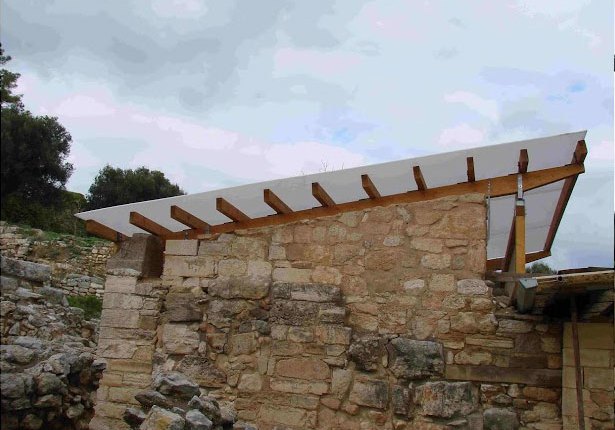 Thus, in 2011 the old wooden roof was replaced with a new roof of wooden rafters with purlins (horizontal beams), to which polycarbonate sheets were fixed. The same materials were used to construct a screen between the roof and the top of the east wall, while a copper rainwater drainage pipe was also added.

This ensured the best possible protection of this unique and representative example of a Neopalatial “lustral basin”.