Reconstruction work. Replacement of the iron girders of the arched roofs of Evans’s reconstruction 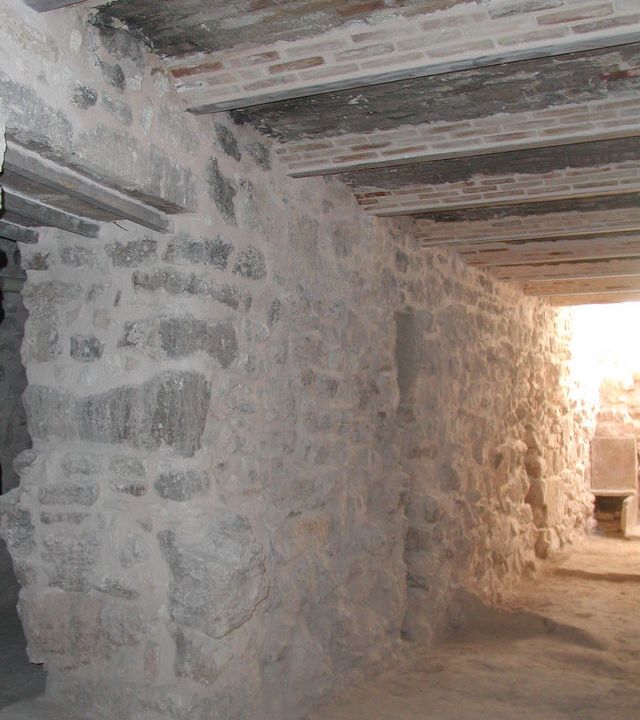 The system of lightly-arched brick roofs combined with metal girders was first applied to the roofing of restored areas of the East and West Wings of the Palace from 1904 to around 1907, under the supervision of Christian Doll, the architect of the British School of Archaeology. These are areas such as the complex of the “Grand Staircase” or the “Queen’s Megaron”.

The problem of roof erosion and the corrosion of the supporting iron girders was almost exclusively due to the influx of rainwater from the reconstructed roofs of the Palace. 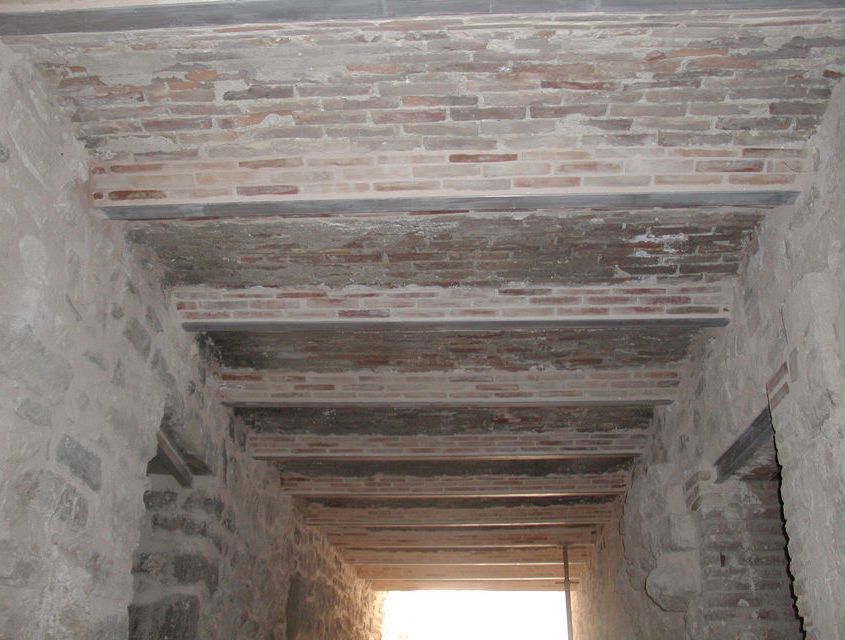 The original study by the Directorate for the Reconstruction of Ancient Monuments on the repair of the arched roofs proposed the attachment of iron reinforcement strips to the underside of the existing iron girders. However, as this solution did not guarantee the long-term stability of the monument, the Knossos Scientific Committee Support Office elaborated a new method of replacing the worn girders with new ones of stainless steel, while gradually replacing the bricks with new ones of the same shape and comparable mechanical properties.

In respect of the technique and materials used, this was a pioneering method, particularly as regards its application to a prehistoric monument. A team of technicians was trained and valuable expertise was gained for similar work in future. 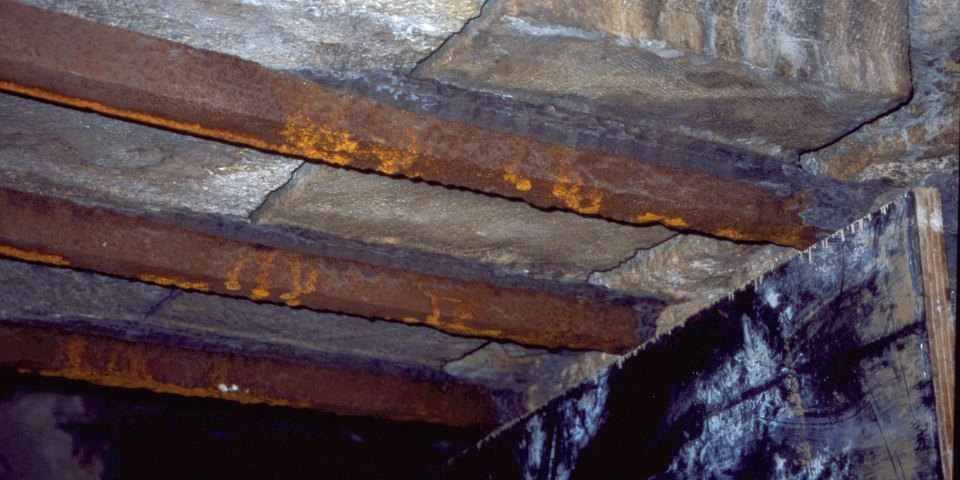 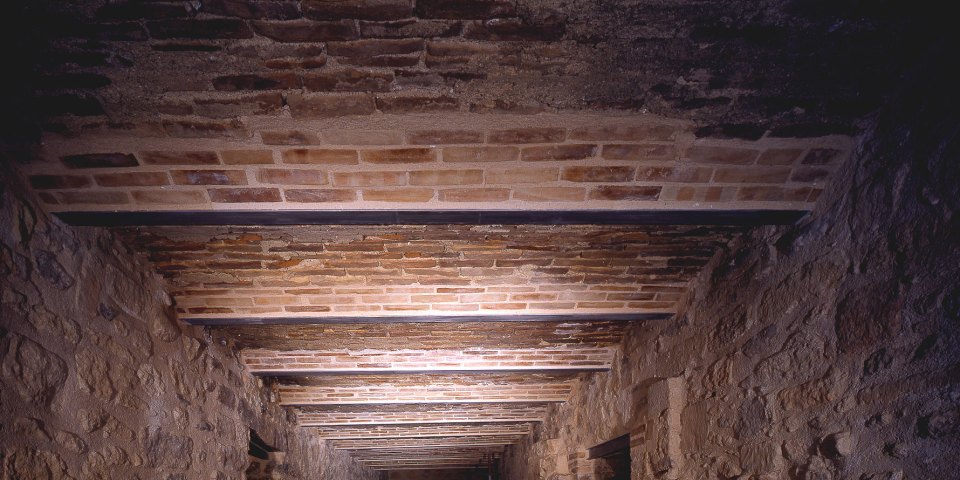 Repair work was carried out in the context of the 3rd CSF, in the “Magazines” south of the “Throne Room”, the staircase leading to the roof of the “Piano Nobile”, and the east section of the lower “East-West Corridor”.

In the context of the NSRF project this was extended to the “Grand Staircase” complex. 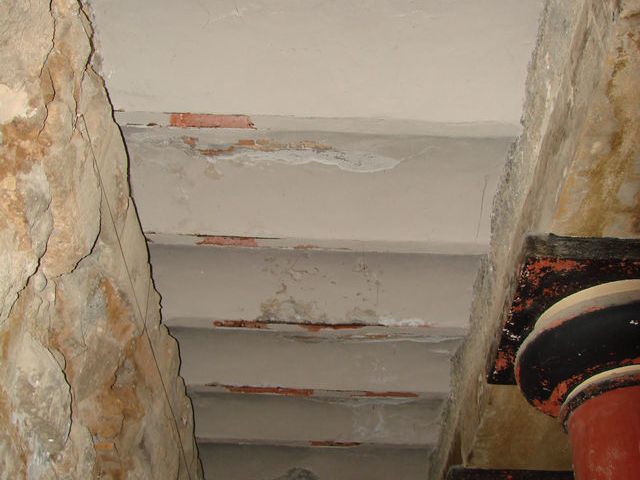 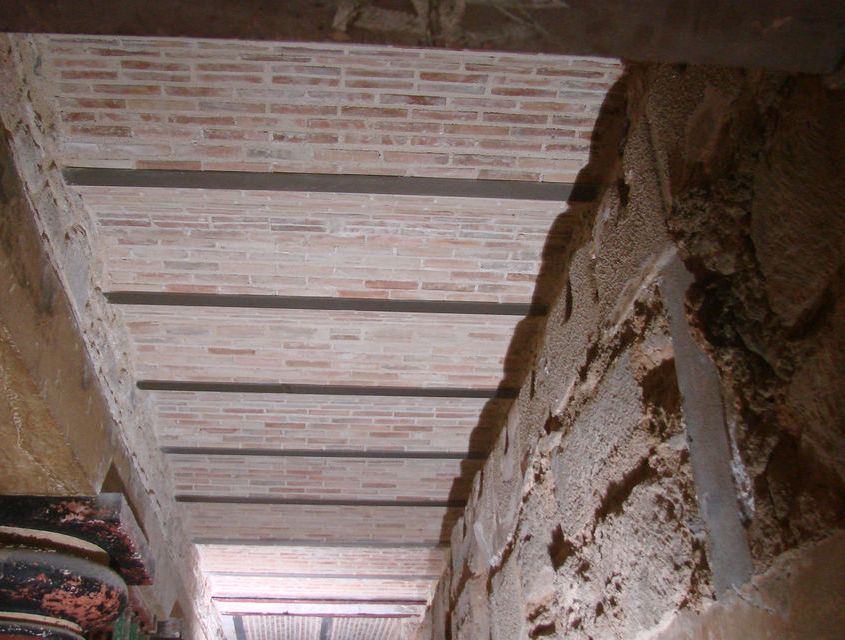